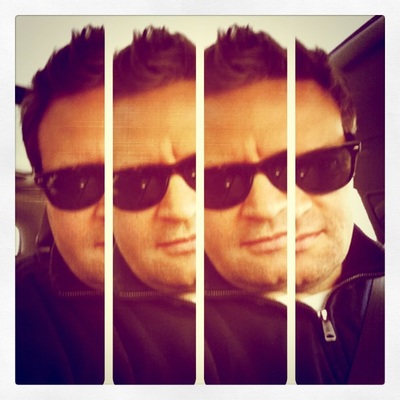 Bret Foster is the Chief Information Officer (CIO) for Anderson County Schools in historic Lawrenceburg, Kentucky.
​
Bret was born and raised in Leitchfield, KY by two wonderful parents in a neighborhood full of children, allowing him to hone his social skills at a very early age.  These skills came in handy as he attended the University of Kentucky where he was a member in good standing of Delta Tau Delta fraternity.  It should also be noted that Bret was an excellent student and earned his B.A. in Education in just six short years.  Bret later got his act together and graduated summa cum laude from Asbury University with an M.A. in Instructional Media and Curriculum Design.
​
Past lives have found Bret plugging away at the keyboard as a data processor for an insurance agency, getting a tan as a camp lifeguard, hand washing a beautiful 1989 Cadillac Victoria hearse as a funeral director intern, having tons of water balloon fights as a children’s minister, being overworked and underpaid as an 8th grade teacher, and assisting educators on how to effectively integrate gadgets and gizmos into instruction as a Technology Integration Specialist (TIS).

Bret’s life and work as a TIS and as a CIO has been the focus of many periodicals and publications including The Sweet Setup, Tech and Learning, District Administration, Kentucky Teacher, The Anderson News, Chart Attack and the Toronto Sun. Bret’s inability to not self-promote has led him to co-host the video podcast, EdTech Sandwich.

Achievements in the field of educational technology have made Bret a sought-after speaker and presenter allowing him the opportunity to give talks and keynotes at the ISTE Conference, AASL National Conference, KYSTE Conference, Kentucky Educational Television, Lexington Public Libraries and numerous AdvancED Conferences.  Bret has also been the guest speaker for many webinars, community groups and college classes.

Bret previously served on the Commissioner’s Technology Advisory Council for the Kentucky Department of Education and as the former president of the Central Kentucky Association of Technology Coordinators.

When not at work, Bret can be found digging through bins of vinyl albums, watching soccer, winning burgoo competitions, being a role model to his two wonderful children, Lily Kate and Harrison Cash or traveling with his wife, Sally.  The Foster clan currently reside in Lexington, KY.